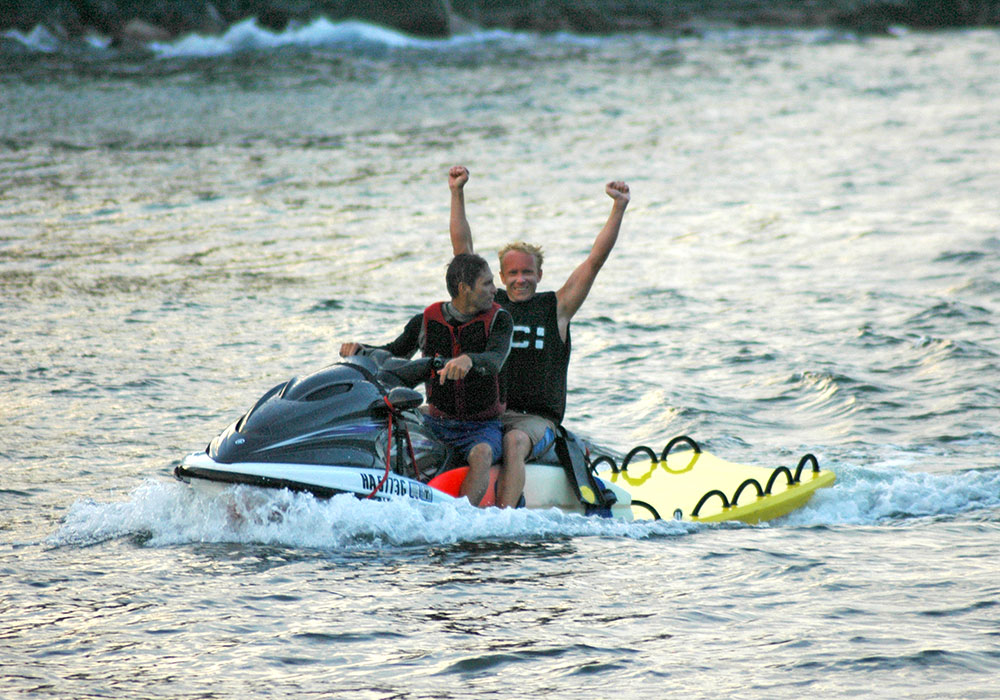 My journey to big wave surfing

Born in 1974 into a family of windsurfers, grown up in Graz, Southern California, Florida and Colorado/USA

In 1993 relocation to Maui/Hawaii as professional windsurfer, rapid change to big wave surfing

Direct involvement in, and contribution to, the development of tow-in surfing (wave riding in big waves by means of jet skis) from its very beginning, intensive focus on technical aspects

2017: First Austrian who surfed the wave in Nazaré on an “XXL day“ – therefore one among an elite group of 20-30 international surfers who are surfing Nazaré´s so-called “Big Days“.

I am an ordinary person having an extraordinary passion:
I surf the world’s biggest waves